2017 Madibaz George MTB XCO kicked off in the Garden Route 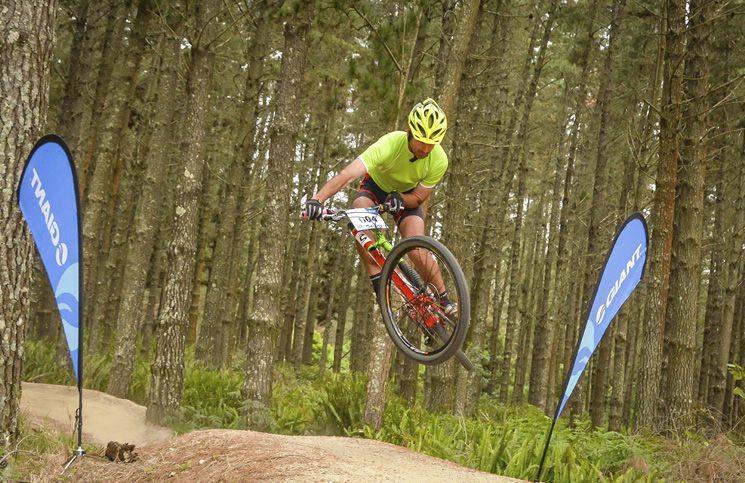 The second annual Madibaz George Mountain Bike XCO Series kicked into gear at the NMMU campus in George on 23 April with the first in the four-event cross country series.

Madibaz Mountain Biking team manager at the George campus, Jan Venter, said that the series was introduced last year, but the support of a number of sponsors has made it possible to expand their offering. The events, which are presented by Old Mutual Private Wealth Management and supported by Ridelife George, Giant South Africa and Tippeton, are open to everyone.

The Madibaz MTB XCO Series will also be the official Eden Region XCO events where a rider from the region would be able to qualify for Eden colours.

“Our objectives are to promote cross country racing in the Eden region and to provide the community with healthy lifestyle options,” Jan added.

“It is people-centred and built on a drive for excellence and respect for the environment.” To this end, said Venter, the four races would be named after animal species – whip snake, boomslang, bergadder and chameleon – that are indigenous to the region.

The top three in each age category – from nippers to grandmasters – would receive medals, and trophies and prizes will be awarded at the final event to the series champions and runners up.

Venter said the four different racing tracks had been developed to accommodate novices while providing a challenge for more experienced competitors.

The three remaining events in the series will follow on 10 June, 27 August and 29 October. In addition the third leg would double up as an intervarsity competition in which the top riders from universities across the country would be invited to compete.

ALWAYS HERE FOR YOU